“Day by day I learn how to become my best self. I am constantly reinventing myself. Life coaching is a terrific way to become your best self. Choose Life!”

Mark and his weight challenge.

At 55 , Mark is a busy man, and while he’s not obese, he knows he’s had a hard time pulling himself away from the table. His belt size testifies to that!

“It goes right to my mid-section, and I know I need to watch what I eat and I am a meat, potatoes and sweets kind of guy.”

Gianni Vigna, a homeopathic specialist, congratulated Mark on his admission that he put his food intake and his belt size together.

“Some people have a hard time making that connection,” he says, “so I congratulated him. It’s hard to admit to yourself that you need to make a change to
better your lifestyle.”

At 55, Mark realizes that every time he looks in a mirror he will see the aging process.

As Vigna puts it “Hormonal drops in levels happen. In the past we thought only women were affected by hormonal deficiency but now it’s known men
suffer equally. Glands in the pancreas, thyroid and parathyroid are affected by age.”

So the aim is now on increasing the metabolism which regulates hormonal levels and
stabilizes—or helps people get back to their ideal weight levels.

Vigna laughs. “Traditionally—it was calories in, calories out. This has been frustrating for the person trying to lose weight. People lose it then gain it back. So fad diets become the rage cause weight goals cannot be maintained!”

At first the fad diets seem to be the magic cure. They are efficient in weight loss, says Gianni but over time they fail—and consequently more weight is gained than lost.

Vigna says a holistic approach is in stimulating a person’s body to heal itself . This approach examines that person’s needs at a particular time and allows the body system
to regenerate, bringing the individual back into balance—mentally, physically, spiritually and
emotionally.

Vigna says he counsels clients like Mark to do “thought patterning and reconditioning”.

“I am suggesting to Mark he go on a weight belt concurrently with homeopathy and targeted supplementation. The combination of these approaches has proven successful in helping clients maintain their goals.”

Substance abuse like depression is a complex problem that many helpers ignore or overlook the importance of Nutrition on body chemistry. One wonders why, because it is well known that the precursors to the neurotransmitters in the brain, their enzymes and coenzymes (vitamins and minerals) all derive from the food we eat.

We cannot expect psychotherapy to be of much help if indeed addictions or depression are biological disorders. Yet, drug therapy does not treat the underlying biochemical imbalance and most patients are advised that they may have to take drugs for the rest of their life. With the inevitable side effects of drugs it does not provide an optimistic future. Thus according to the drug and/or psychotherapy model, these disorders are difficult to treat.

One option is to look and investigate an alternative model that relies less on the drug/psychotherapy model. The psycho-nutritional model aims to look at the causes of these conditions from both a nutritional and biochemical point of view.

We could start off with the idea that all biochemical reactions is our body – including in brain cells – is driven along by energy. The molecule of energy is called adenosine triphosphate (ATP) that could be compared to a biological battery. An active cell in the body may use up as much as 2 million molecules of ATP per second, and hence biological energy is very important to us. When it gives up its energy it becomes adenosine diphosphate (ADP). The only way to recharge that battery is through nutrition.

The source of all energy is ultimately glucose found in food sources, that is then converted along a biochemical pathway – called glycolysis – by 13 or so biochemical reactions to form ATP. At each step proteins, enzymes, coenzymes, all derived from food, are necessary to complete the biochemical conversion to the next step. Thus there may be many biochemical reasons why the body has problems manufacturing its energy sources, to produce for instance serotonin – our happy hormone. And without energy we become depressed or search for a “pick me up”.

Thus if we are deficient in vitamin B6, – a coenzyme involved in the conversion of tryptophan (found in food) to serotonin – then this could be a factor in us becoming depressed. This is especially so if we are using xenobiotic drugs (strangers to our body) that requires high doses of vitamin B6 (pyridoxine) for detoxification purposes.

There are of course a host of other nutrients – such as magnesium, vitamin B3 (niacin), zinc and chromium, essential fatty acids – that are necessary in the synthesis of a many other neurotransmitters in the brain, such as dopamine, norepinephrine and acetylcholine.

Fortunately, we can simplify the problem by the fact that most of the obstruction in energy production occurs at the entrance point of glycolysis (glucose metabolism) that starts with the ingestion of various forms of sugars. In the Western world with the high sugar consumption hidden in all foods, we should not be too surprised to find a connection between sugar and addictions and depression.

It has been found that most people with these conditions have hypoglycemia or what is better called insulin resistance. When you have insulin resistance receptors for insulin fail to respond properly to insulin’s action of pushing glucose (along with other nutrients) across cell membranes into cells for conversion to ATP. In severe insulin resistance it may lead to diabetes type II.

Insulin resistance (hypoglycemia) causes a steep rise in blood sugar concentrations, that will trigger more release of insulin from the pancreas. This is then followed by a sudden crash in blood sugar levels, called hypoglycemia. The brain is now threatened with energy starvation and sends hormonal messages to the adrenal gland to rapidly increase adrenaline into the system. The latter stress hormones converts stored glucose molecules (glycogen) back into glucose to feed the brain again. This all happens very quickly.

The wild fluctuations in blood sugar levels, along with insulin and stress hormones, are said to be responsible for the mood swings, anxiety attacks, phobias, alcoholism, drug addiction, insomnia, shakes and all forms of mental illness. Treatment can be so simple!!!!

The wild fluctuations in blood sugar levels, along with insulin and stress hormones, are said to be responsible for the mood swings, anxiety attacks, phobias, alcoholism, drug addiction, insomnia, shakes and all forms of mental illness. Treatment can be so simple!!!!

However, when you have been using drugs it may take longer, for the body needs to rebuild proper receptors (damaged by drugs) for natural neurotransmitters derived from a high protein diet. Thus you should withdraw gradually from drugs under doctor’s supervision.

This model also makes it clear that the idea that depression is caused by some malfunctioning in the brain is just a misconception. The molecules of emotions – adrenaline, ATP, serotonin, dopamine, acetylcholine and so on are produced throughout the body, starting from the digestive system, the liver, adrenal glands, pancreas, pituitary and hypothalamus.

Get with the PROGRAM!! The body runs the brain!! 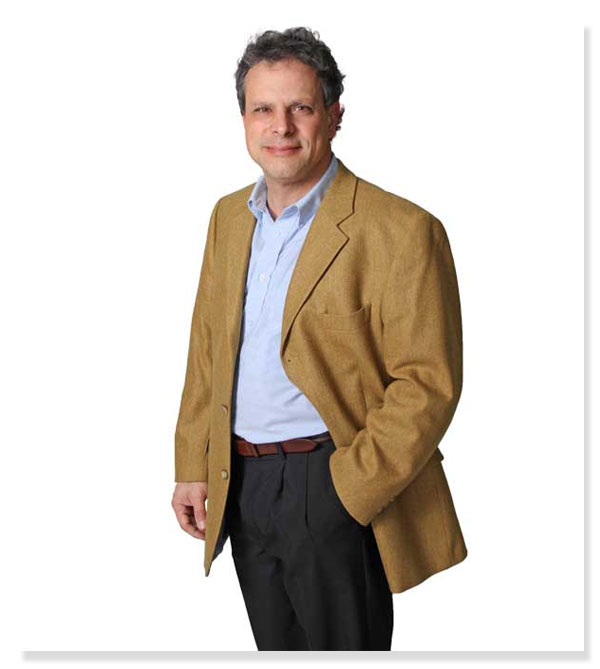 The True Story of a Cured Addict. 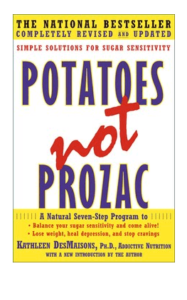 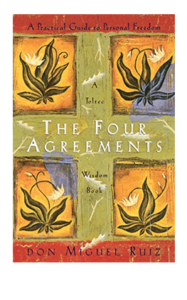 You Can’t Afford the Luxury of a Negative Thought by: Peter McWilliams 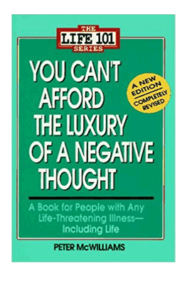